The Meaning of Pentecost for Christians 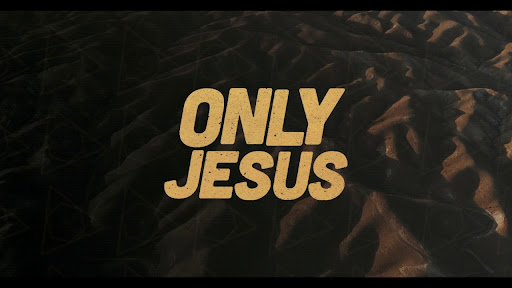 In Christianity there are various kinds of celebrations about the greatness of God. Starting from God descended into the world in human form born of a virgin to God present in the form of the Holy Spirit. Every true celebration is something that is pleasing to Christians. Through the birth of the Lord Jesus, Christians are given a guarantee that they will be saved. Through the death of Christ, Christians are given the understanding that God is all-loving. Until finally God is present in the form of the Holy Spirit also makes people should be aware of God's love that never goes away, even though the human is very sinful.

Pentecost Day is the day when the Holy Spirit descends on earth. Initially, the day of Pentecost was commemorated by the Jews where it was written to them that they were obliged to celebrate that day. After 7 weeks they feel happy, celebrating the resurrection of Christ, it's time for them to also celebrate the day of the coming of the Holy Spirit. Joy is ofte…
Post a Comment
Read more

The Meaning of Catholic Bible Study of Prayer 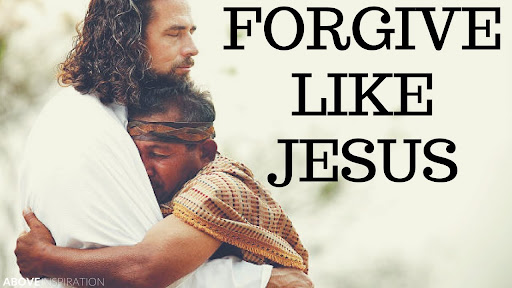 In Indonesia, of course every person has a religion in which their rights in religion and carrying out their religious regulations are protected by the law. That is why everyone in Indonesia must have prayed because that is what was taught to them since they were little. There is no religion that has evil intentions and every religion certainly has its own way of glorifying God. Of course in Indonesia it is expected that there is tolerance in religion especially if there are 2 religions that are next to each other but must still be used as a container in worshiping the Almighty.

For followers of Christ, both Christians and Catholics, of course they are also expected to be able to carry out the rules of their religion. The deepening of the Catholic Bible about prayer is one of the things that is very close in these two religions. The Catholics believe strongly in the efficacy of prayer. Prayer is believed to change everything. Therefore, many Catholics who pray to get closer to God. Th…
Post a Comment
Read more

Definition of Parish in the Catholic Church 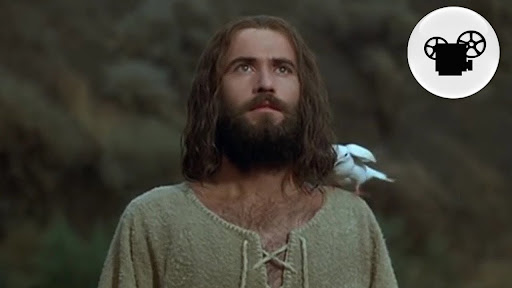 Many people say 'I'm from parish A' or 'I'm from parish B'. The word parish itself is usually used by Catholics to ask where someone is a member of the church. In short, people often replace the mention of the word 'church' with 'parish'. The word 'parish' itself comes from the Greek parokein which means traveler or wanderer. However, the parish is currently describing the division of the church congregation.

The parish system is not set up to give special boxes to church members. Parish understanding systems are formed to encourage congregants to be more active and more participatory in church services. Congregations are encouraged to fellowship not limited to days and space, but also within their area of ​​residence. Congregations are invited to pay attention to each other starting from fellow congregations around his house. The parish understanding system exists in the hope that the way of life of the early church (Acts 2: 41-47) can …
Post a Comment
Read more

Understanding the Liturgy in the Christian and Catholic Churches 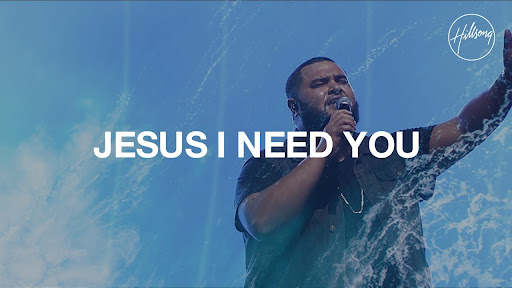 However, the worship room is not a recreation room where people can freely do as they wish. Worship must run regularly so it needs to be determined when the congregation can participate in worship and what they need to do. With this basis, the order of worship was finally made and this is what is now commonly referred to as liturgy. So, the word liturgy in this article will refer to the meaning of worship.

By using the meaning of the word worship as it is commonly used today and with the meaning of the liturgy itself, the congregation cannot just sit still, and watch in worship. Worship is not a concert or seminar that only goes in one direction. Congregations can contribute by singing praise, praying, giving offerings, and so forth. Even so, the liturgy does not merely belong to rigid liturgical worship patterns. All patterns of worship have their respective liturgies and all the liturgies refer to the same structure. This structure is commonly called the Four-Fold Pattern of Worship…
Post a Comment
Read more

The Law of Love in the Christian Bible 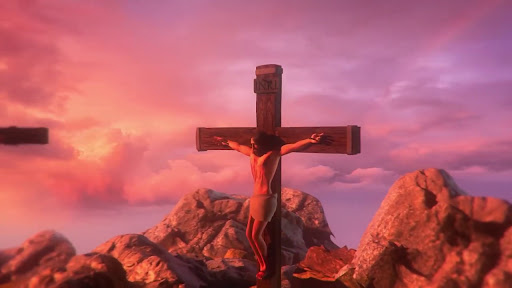 God teaches us to love others indiscriminately. He always wants us to do good and spread love to others. Because God is a loving God. "Remember thy mercy and thy love, O Lord, for these have been from time immemorial." (Psalm 25: 6) Therefore, God established all the laws of love so that humans could apply them in every line of life. What are these laws? Here are fifteen laws of love found in the Bible.

This law of love in the Bible taught by God is not easy for those of us who have human instincts. Most of us think of our enemies as hostile people for doing bad things to us. The purpose and purpose of…
Post a Comment
Read more

As people who have accepted Christ as Lord and Savior, surely we must also invite the Holy Spirit to enter our lives. After the baptism which means to take away from all sins and rise to a new person, the person will experience the second baptism. This baptism is called the Baptism of the Holy Spirit. The Holy Spirit has a different role from Jesus and the Father. If you want to know the role of the Holy Spirit, then read this article to the end in order to know and apply it. Here are 27 roles of holy spirit in the lives of believers.

The Holy Spirit is the Comforter Spirit

"But the Comforter, that is the Holy Spirit, who will be sent by the Father in my name, He will teach you all things and will remind you of all that I have told you." (John 14:26). The Holy Spirit is often called the comforting spirit. The Holy Spirit is the person given to His people after Jesus ascended to heaven.

The Holy Spirit is a Helping Spirit 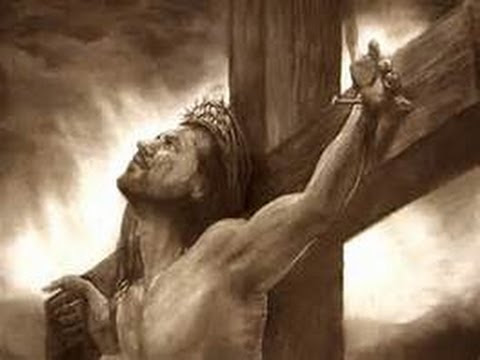 The punishment of the cross was a form of punishment that was often known by the pagans in the early centuries. Some people say that this punishment was used by the Jews. However, this assumption is disputed because in the Torah, the punishment is carried out in three ways. First is stabbed with a sword, burned, and finally stoned with stone.

Historically, crucifixion was a form of punishment that was often applied by the Roman empire. In the time of Jesus Christ, the penalty of the cross was experienced by him just before his death. However, since the new agreement appeared, there have been some changes. Of course the crucifixion process has also been affected since the new agreement. To find out what the meaning of the penalty of the cross in the new covenant, follows his review.

1. A form of redemption of human sin
When Jesus Christ carried the cross at that time, Christians believed that it was done as a form of atonement for human sins imposed on Jesus. This is seen in Heb. 7: 21-2…
Post a Comment
Read more
More posts

To fulfill the character as a Christian leadership must meet the standards to be a character that is faithful and godly and will still be in accordance with God's righteousness in the principles of the church against politics. In addition to meeting the needs of Christian leadership, it is required to begin to develop the godly character that is in common people to live the humanity and leadership that they can do according to the law of love in the Bible.

There is a problem in the current era and many make the teachings and spiritual values ​​that everyone has by committing crimes in accordance with the history of Christianity. Many accuse that with what has happened according to the evidence and facts that have been determined. In the article first emphasizes that the Bible will always remind some sectors that have a bad character will get development in the last days. (Read 2 Timothy 3: 1-5)

True Christian character will make us see from a different perspective, to be able to …
Read more 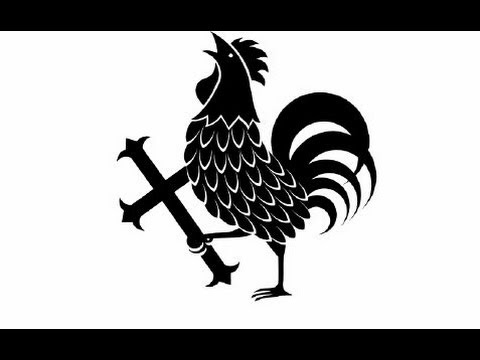 You need to understand that roosters in Catholicism are one of the oldest Christian symbols. If we look at the habit of roosters is always sounds when the dawn has dawned. This means that roosters always welcome the dawn with enthusiasm. In Christianity, the title of the risen Christ is the meaning of the dawn or also referred to as the east. In Latin it is also called Orlens.

The next reason is that the Rooster symbol can also be a new hope. This is still related to the previous point that roosters often crow when the sun has risen. It also gives meaning that there will be a new hope created for Christians. It is hoped that the presence of th…
Read more

The Concepts of Salvation in Christian Doctrine 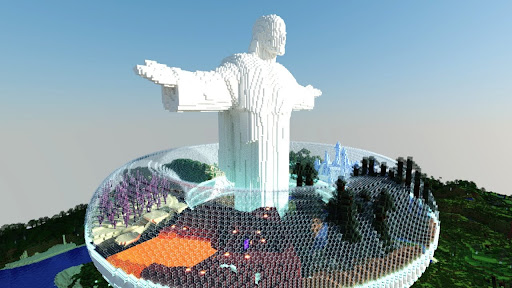 The first concept of salvation is the concept of choice or interpreted in English as Election. In this concept God chose someone who could be saved to later become a member of the body of Jesus Christ. In John 6:44, God has the right to make choices and humans are free to respond.

2. Substitute Concepts
Next is the concept of substituti…
Read more