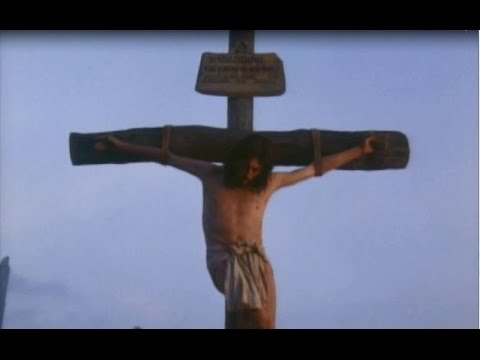 Maybe you have heard many times that the crucifixion of Jesus Christ is one of the important days in human history. Basically, there are four important events that occur on this earth. First is God created the first human. Second is the day of fall when humans fall into sin, causing death and also destruction. The third event was the Flood or Tsunami which was revealed in the days of Noah. Finally, the day of the crucifixion of Jesus Christ to death in the city of Jerusalem.

At the time the incident occurred, many strange events that occurred. Some people even mention that the event was a miracle of Jesus because of the crucifixion of Jesus himself. Among the events that occurred, earthquakes were among them. At that time, many people were shocked and did not believe why a holy place like Jerusalem experienced a devastating earthquake? Some things about the earthquake when Jesus was crucified can be seen in the following review.

It is written in the letter Matthew

Of course, the various events are not made up on the ground up. all of them are listed in the Bible. Regarding the event of this earthquake is already in the letter Matthew 27:51. It reads itself as follows.

"And look at the veil of the temple. Has been split into two from top to bottom. An earthquake occurred so that the rock hills could be seen dividing.

Connect with the veil of the Temple

Please note that before the earthquake occurred, there was another major event when the crucifixion of Jesus Christ. The event was the breaking of the temple curtain. To note that the curtain is very large and also broad so that it is almost impossible to tear or split.

According to Dr. John R. Rice in his book titled The King of Jews: A Commentary on Mattewi said that in the place of the cube or to say the main chamber of the temple is about 90 feet long, 30 feet wide, and can reach 90 meters in height. Inside the sanctuary was divided into two parts.

From this statement we can conclude also how big and tall the veil of the temple is. There was no rain or lightning, suddenly the curtain was split into two even though no one could enter the room besides the High Priest and that was only once a year.

Expert opinion
Regarding the devastating earthquake when the crucifixion of Jesus also invited many opinions from various experts. One of them is from Alfred Edersheim. According to him who wrote it in The Life and Times of Jesus the Messiah, the earthquake that occurred was related to the tearing of the temple curtain. Edersheim also emphasized that a veil that is the same thickness as a human's palm is impossible to split without great strength.

When Jesus Christ died, the curtain was torn. From these events it can be a sign that Jesus is God's relationship with humans. This is also illustrated in the letter I Timothy 2: 5 which reads as below.

"Because God is One, He (Jesus) mediates between God and humans. He is Jesus Christ. "

Here are some surprising explanations about the earthquake when Jesus was crucified. The miraculous events that occurred when Jesus was crucified have become clear evidence that Jesus is the special Son of God. He died to be able to atone for the sins of mankind. Even when the resurrection of Jesus took place it could not be separated from the events of Jesus being crucified. Therefore, Jesus always advised his people to continue to love those who really hated Himself. You can also read some other interesting articles such as what happened to the apostle when Jesus died, and also the signs of the end times. May we all be protected and blessed.