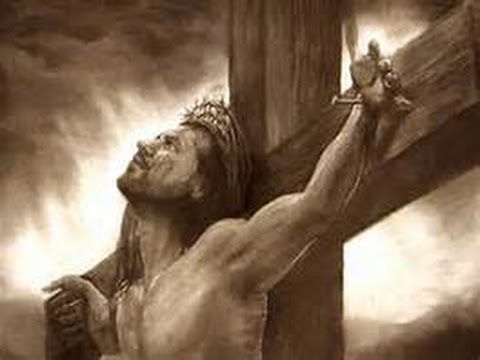 The punishment of the cross was a form of punishment that was often known by the pagans in the early centuries. Some people say that this punishment was used by the Jews. However, this assumption is disputed because in the Torah, the punishment is carried out in three ways. First is stabbed with a sword, burned, and finally stoned with stone.

Historically, crucifixion was a form of punishment that was often applied by the Roman empire. In the time of Jesus Christ, the penalty of the cross was experienced by him just before his death. However, since the new agreement appeared, there have been some changes. Of course the crucifixion process has also been affected since the new agreement. To find out what the meaning of the penalty of the cross in the new covenant, follows his review.

1. A form of redemption of human sin
When Jesus Christ carried the cross at that time, Christians believed that it was done as a form of atonement for human sins imposed on Jesus. This is seen in Heb. 7: 21-22; 9:24. At that time, Christ's first mission was to reveal the nature of God his Father to the whole world.

Even when the Romans triumphed, many people were punished with crucifixion. Whatever the level of error someone at that time, still applies the penalty of the cross. Until then, Jesus received this one sentence.

The meaning is also illustrated by Paul who stated that the penalty of the cross was exactly the same as that taught by Peter. By crucifying a piece of flesh, sin will die too. Automatically we will not become servants who are full of sin and live only for God. This is explained in Rom. 6: 5-11.

2. Suffering due to injustice

As mentioned earlier that the penalty of the cross is carried out on anyone and from any group regardless of age. This means that no matter how small the sin that has been committed, he will still be punished by being crucified. For Jesus, of course, this punishment brings suffering caused by injustice.

This is the same as the time when Jesus demanded that the Fig tree must bear fruit even though the seasons keep changing. It is also explained in the Bible that Jesus was in the process of crucifixion, illustrated that Jesus also fought against sin. The letter explaining the condition is IBR 12: 2-5. The contents themselves are as follows.

"We only focus on what Jesus Christ said. He has led us in faith. It can also bring faith to perfection by ignoring an insult. Persevering in carrying the cross can be replaced by the joy provided to Him. In that wrestling, you are fighting a sin whose blood has shed quite a lot. "

From the above commentary, we can see that Jesus was a wise leader who could bring perfection even though he carried the cross he carried.

If we look in the mirror of the Jewish custom of the bidaya, there we can see that those who are hung on trees or on wooden sticks that make up crosses are damned. This is also written in Deuteronomy 21:23 which reads as follows.

"One who is hanged has been cursed by the Divine."

In those days, some people who were suspected of being witches would also be executed by crucifixion. This indicates that the person is indeed dangerous so he must get a more cruel punishment.

That is the meaning of the punishment of the cross in the age of the new covenant. Throughout the entire Bible, all the components that will redeem man from various sins are mentioned. In the new covenant it has also been told that the coming of Jesus Christ in fulfillment of the promised redemption.

With the emergence of a miraculous event that occurred when Jesus was crucified makes us the Miracle of Jesus so can be felt. Despite having a fairly dark history, the cross is now a very distinctive Christian symbol. You can also see what the difference between Protestant and Christian Christian crosses is just by looking at them. To be more specific, you can read what the history of Christianity looks like from various reliable sources. Hopefully this article can provide inspiration for you all. Greetings of peace and prosperity.