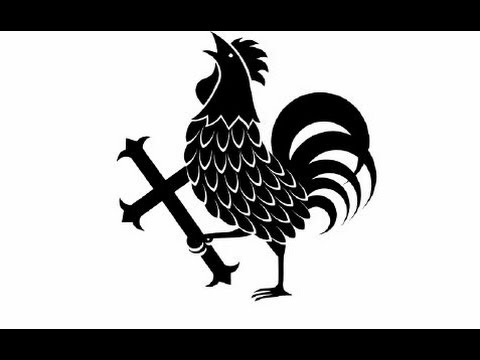 You need to understand that roosters in Catholicism are one of the oldest Christian symbols. If we look at the habit of roosters is always sounds when the dawn has dawned. This means that roosters always welcome the dawn with enthusiasm. In Christianity, the title of the risen Christ is the meaning of the dawn or also referred to as the east. In Latin it is also called Orlens.

In another sense, the rooster is also symbolized by a warning sign for mankind, especially Christians. The meaning is a warning sign that they should not enter into sin. It also cannot be separated from the story that developed that the rooster warned Peter when denying Jesus three times.

5. Welcomes the resurrection of Jesus

For some Christians also assume that the symbol of the rooster to welcome the risen Jesus Christ. This can happen because this animal symbolizes all people must be patient until the dawn has risen to defeat death. The dawn here is a figure of speech for the reception of Jesus Christ.

Other meanings also mention that the rooster is a symbol to remind us to always keep time in order and discipline. It came out like a rooster who always crowed in the morning. This means that discipline must be planted in his people.

In addition, this rooster also gives meaning that we must always have faith in God and Jesus Christ. Faith here is to keep it burning by saying prayers and also the practice of love. That is because we do not know when the Dawn will come.

So are the 6 meanings of the rooster symbol in Christianity that you need to know. From the explanation above, we can know that the placement of roosters is not done randomly. There is a long history that makes this animal can be one of the symbols of Christians.

This is also mentioned in Mark 13:35, more or less it is that all people must keep watch because we never know that the host returns when it is late or late at night or late at night. The late night mark of the letter shows that "the hour when the cock crowed" in the translation of electrophones.

Although all churches have a meaning that is almost the same as the symbol of the rooster, but not all churches apply it. If you have ever worshiped at various churches throughout Indonesia, maybe you will find some churches that actually do not use a rooster at the top.

However, the rooster symbol remains one of the identities that cannot be separated from Christianity. Because, we as obedient people must take its meaning and not just apply it above the church. May God always bless us all.