Understanding the Fear of God in the Bible 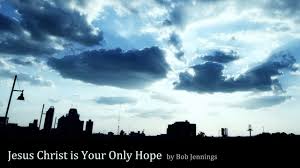 God is a King who deserves respect from us as humans. Indeed, it must be admitted that no matter how close we are to Him through prayer, we are still sinful humans. As for Him, He is very pure without the slightest sin. Therefore, if it is logical, we are not worthy to draw close to Him. He is holy while we are very dirty. This can be exemplified as a rotten egg which is forced to be cooked together with an egg that is in good condition. Based on reasoning with logic, of course this can damage the quality of the good eggs. Despite their numbers, the good eggs outnumbered the bad eggs. This of course can also be associated with humans as the image or face of God.

In fact, this example can also be linked to our good deeds. Even though we have a million good deeds, deliberately or not, we commit one sin, we still have the status of sinners, even sinful. Therefore, it is fitting for us to keep our behavior before Allah. Behavior that is full of sin, in addition to making God cry can also make God angry with us. However, whatever wrath God is on us, somehow He still sided with us and is even willing to lead us in the right direction. By doing good deeds, it can also be interpreted as a concrete form of fearing God that we can do. To better understand it, this article will discuss the understanding of fearing God in the Bible.

Maybe, some of you think that the meaning of fearing God in the Bible means "fear" like seeing a ghost where you will run and scream when in front of it. This of course is wrong because Allah is God not a ghost. Moreover, if in the previous opening paragraph, there was a little mention of God's wrath, which might make you feel sure that fear is interpreted as fear that makes someone hysterical when meeting them. Indeed, Allah is Most Gentle. Each day, He calls us softly to come and praise his name. He doesn't want anything bad to happen to us, that's why we don't need to be afraid because of Him. Sometimes, if something bad happens, it is our fault. Allah only wants us to learn from a mistake that we have done before, so that in the future, we will no longer fall for those mistakes again.

Indeed, it must be admitted that God certainly wants to be closer and closer to us. However, that does not mean we can forget about His God status. No matter how close we are to Him, of course we must still respect and obey all of the rules that He makes. He is the King of the world and Heaven so there is no reason for us to be trivial with Him. You certainly know that we should not take a president lightly because he has the highest power over a country. The decisions he makes must indeed be implemented by the community where there is also collaboration with other legal workers. Likewise with Allah, Who is in charge of the entire world. Surely we have to be much more obedient to God than a president.

Human negligence towards God's power is very often illustrated by his daily conduct. Of course, humans cannot see God. This happened since man fell into a sin which made him unworthy to see God before he went to Heaven. For this reason, humans often violate God's decisions. When God wants people to love, some of them even love something, where they also want a reward for it. Even worse, there are humans who do not love each other at all and continue to take advantage. It must be admitted that many religious people and many of those religious people do not have faith. This is because if a person has faith in the Father, of course he will also do good to the Father's creation, including other humans.

2. Fear of God through the New Testament

Both the Old and New Testaments in the Bible, of course, tell who, how, and what God has done for humans. In 1 Peter 2: 7 it says "Honor all men, love your brethren, fear God". In this verse, we surely know that Allah wants us to respect everyone, especially older people. Even though, someone who is older has a much lower status, of course we must still respect him. Remembering the prayers of parents is very important and very influential so it is likely that God will answer them. Just imagine if you are a person who is insolent and has no ethics so that the old man curses you, of course God will take into account the tears of that person, especially because he is poor in the world.

Second, God wants us to love our brothers. Actually you are not the only one who has blood ties to us. However, everyone you meet even people you don't know. This is not the case with corrupt people. They do not know all the people they are disadvantaged by stealing the state budget, however, it can be concluded that this person has no love. Apart from that, he has also betrayed his oath which he made before Allah. If we respect and love, we have loved God.

Meanwhile, it is also explained about the fear of God in Acts 10: 34-35 which contains “Verily I have understood that Allah is no respecter of people. Every one of any nation who fears him and who practices the truth is pleased with him ”. From that verse we know that God's loyal love does not distinguish between races of people who praise and worship His name. Everyone who applies the truth will still be the right person for the right action. The truth that pleases God can be shown by practicing good deeds, that is, starting with others. Therefore, when you see a child who has no money or whoever it is, help them. Your help can say your name in their prayers, even though basically what you are helping is not a follower of Christ.

3. Fear That Makes Us Do His Will

Apart from the two points above, there is a third point that you must also pay attention to. Fearing God can also be defined as our reasons for doing His will. Therefore, it is very impressed nonsense when you confess to God that you fear Him but do not do their will. 10 commands to be God's desire for us to do. These 10 commandments illuminate our path, because we realize that in our total journey, we will surely experience walking in a very dark place. In addition, also of course we will never experience a journey where many people are reluctant to help us. Therefore, it is Allah who we can make as the main place of help when we feel down and in trouble. God's eyes do not see us the way other humans see us.

Fearing God by doing His will has also been published in John 14: 23-24 which reads: "Jesus answered:" If anyone loves me, he will keep My words and My Father will love him and We will come to him and live together. -same with Him. Whoever does not love me does not obey my words. and the word you hear is not from me, but from the Father who sent me. " From this verse, of course we are more convinced that God really wants us to do His word. In fact, doing these words is followed by staying away from the prohibitions. It also has to do with repentance. One cannot be said to be repentant when he only stops himself from committing the related sin, but also has to do good deeds afterward.

Such is the information regarding the understanding of the fear of God in the Bible. With this article it is hoped that it can make us more aware of God's power and holiness, so that it is not fit for us to play with. The sins that have occurred, let them happen and let's do good deeds to please God. May be useful.