The Foundation of the Catholic Faith 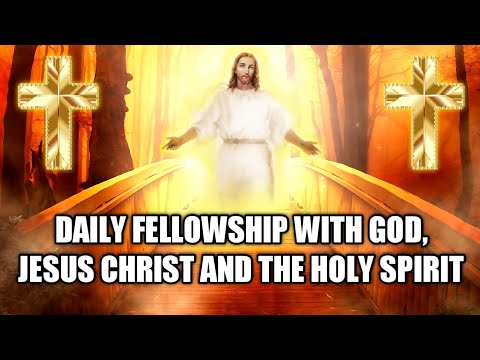 Catholics are Christians who believe that Jesus Christ is God who came to earth to save mankind. Almost all Protestant denominations say that the Bible is the source of the Christian Faith but not the Catholic church. The hierarchy of the Catholic Church accepts Scripture as the basis of faith but is not the only one.

One of the most fundamental differences between Christianity and Catholicism is the practice of belief or belief through faith. However, essential Catholic beliefs include the following:

Catholics also believe that since Adam and Eve disobeyed the Father in the Garden of Eden, all humans are born with original and hereditary sin, which can only be removed by Baptism. A happier faith is a complete gift from God. Grace is a divine distribution as well as an inspiration to do God's will.

This belief comes from the testimony of those who lived at the time of Jesus, and is passed down from generation to generation to this day, through Sacred Tradition, Scripture and teaching (Magisterium). Here are some of the basics of the Catholic faith that you can know in its role as follows:

Sacred tradition is the first order of the basis of the Catholic faith because even though in the early days of the Catholic Church there was not yet a single unitary Bible as it is today, various challenges of the church today, especially attacks on faith against the Catholic Church have been intensively launched. Liturgy in the Church. Sacred Traditions are unwritten teachings as expressed in Acts 2:4, 1 Corinthians 15:3; 2 Thessalonians 2:15; John 21:25, 16:12-13). This sacred tradition is guaranteed to be true in writing because it is maintained by the Church which is the foundation of truth. An example of Sacred Tradition is a Catholic holding the Catholic sign of the Cross.

Holy Scripture or Catholic Bible study according to Catholic doctrine is the presentation of the Father's Self through His Word in the Holy Spirit still present in the Church and working in it (Colossians 3:16). In accordance with the will of the Father, there was a transfer of the Holy Scriptures as a Gospel in two ways, as follows:

Orally "by the Apostles, who in oral proclamation, by example and confirmation in transmitting what they received from the mouth, association, and work of Christ himself or the encouragement of the role of the Holy Spirit in the Church".
in writing “by the Apostles and the leaders of the apostles, who under the inspiration of the Holy Spirit also recorded the Commission of Salvation or carried out the Great Commission” (Matthew 28:20).

Sacred Tradition and Scripture are closely related and integrated. For they both flow from the same divine source, and in some way merge into one and lead to the same goal. Thus the church as the body of Christ, entrusted with transmitting and explaining revelation, not only through Scripture and sacred tradition.

The Magisterium is the teaching power of the Catholic Church. One of the products of the Magisterium is the Catechism of the Catholic Church (KGK). The Magisterium is also the task of authentically interpreting the written or revealed Word of the Father, entrusted only to the living Teaching Authority of the Church, whose authority is exercised in the name of Jesus Christ. The authority to teach is only firmly held by the one, holy, catholic, and apostolic Church so that there is no misinterpretation that causes more than 39,000 Christian denominations to spread throughout the world, where it is not clear what the basis for making the denom is. This is why the Catholic Church only has the right to be a teacher of the faith (2 Peter 1:20-21; Luke 10:16).

Some parishes in the Catholic Church need teaching rights because the history of the Church is the foundation of righteousness “the church of the living Father, the pillar and foundation of the truth” (1 Timothy 3:15) and also because Jesus himself gave that authority to Peter personally (Matthew 16: 15). 18-19) and to the other Apostles (Matthew 18:18; Luke 10:16). This is basically why Catholics must obey the teachings of the apostles (Acts 2:42). It is clear that the Bible which is considered by the local church to be absolute truth is not being implemented. The three tasks of the Church are to teach Catholics about the teachings of the one Church, Catholic and Apostolic. The teaching of the magisterium is a concrete thing and continues to develop without confusing people.

This is information about the foundation of the Catholic faith. Hopefully it can increase your knowledge of Catholic Christian science. You can learn to understand the fear of God by following the Catholic ethical order and also living in Christ by truly repenting and growing through the fruits of the Holy Spirit (Galatians 5:22-26).