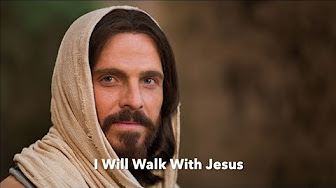 Cults actually exist in every religion in the world, including Christianity. Heresy in a religion has existed since that religion was founded. This is a teaching that violates the correct teaching, meaning that it deviates from the official teachings of a religion. Cults in Christianity must have appeared a lot since Christianity began to exist, at the beginning of the first century AD. Over time, this heretical sect has become more modern, expanded throughout the world, even has its own hierarchy and the Bible itself, and its spread is funded by their central hierarchy.

As the size and convenience of transportation routes and communication systems grew, these heretical sects spread throughout the world. They even have their own "church", sometimes as large as a typical church. Because at first glance it looks like Christian teachings in general, these heretical sects are easy to get new congregations so that their spread is even faster.

Jehovah's Witnesses were founded in the United States in the late 19th century, in 1870 to be precise, under the leadership of Charles Taze Russell. The headquarters are in New York. As of 2007, it has 6.9 million active members in 235 countries in the world, including 1 million in the United States and 130 thousand in the UK. Members call themselves "witnesses", not the congregation / congregation. The place of worship is called the "royal hall", not the church. Most famous for its door-to-door preaching system, distributing spiritual magazines. This proclamation is aimed at attracting new members, "putting the soul into the truth". Each member is required to report and have their own target to recruit new members.

Admitted that they were Christians, but did not acknowledge the Triune God. According to them, the Holy Spirit and Jesus are not the same person. It also accuses other traditional Christian churches (especially Catholic and Protestant) of turning away from the teachings of the Bible, and being inconsistent with God. The members feel themselves superior to followers of other religions. They reject the secular values ​​of the world, including politics, the military, do not want to salute the flag. Published their own Bibles, according to their self-recognized "standards". Not celebrating Christmas and Easter, because according to them the celebrations were taken from pagan traditions. They claim that Jesus did not tell His followers to celebrate His birthday. Often predict the coming of the end, but nothing has been proven.

Founded in the 19th century by Joseph Smith (1805-1844) in the United States, later developed by Bringham Young who migrated with other Mormons to Salt Lake City in 1847. Its members reach 13.5 million worldwide (years 2008). Her church is called the Church of Saints in the Last Days or the Church of Jesus Christ. Mormons believe their church is the restoration of the actual church that Jesus founded, and other Christian churches have gone astray. According to them, God has a flesh (human) form, is married, and can have children. They also believe that humans can become other gods after death.

Mormon teaching focuses on heretical values ​​in Christianity in traditional family life. Prohibits abortion, homosexuality, sexual relations outside of marriage, pornography, gambling, tobacco, consumption of alcohol, coffee, and use of illegal drugs. There is an opinion that the Mormon church supports polygamy. This is true, but the practice has been stopped since 1 century ago, and the Mormon church ostracizes its congregations who practice polygamy. Often publish false prophecies about the end times and the antichrist. Just like false prophecies in general, none of these prophecies ever happened.

Founded in 1969 by David "Moses" Berg in South California, United States. Also called "Family of Love". Believe that a person can be saved and go to heaven if he repents and accepts Christ as Lord and Savior. But in contrast to Christian teachings in general, Children of God (COG) believes that all people will be saved and live in heaven. Against the teachings of Salvation found in the Bible. They do not believe that the unsaved will be tormented forever in the lake of fire after death. According to them, they "returned to the roots of the true Christian church". Other Christian churches have gone astray. Condemn the "Social System", including the government, military and all levels of society. They consider the Social System to be evil, and several other assumptions are as follows:

Believe that Jesus had sex with Martha and Maria. It is believed that the angel Gabriel had sex with Mary while delivering the Good News. Believing that the Holy Spirit is female, and calling the Holy Spirit the "Dream Queen" or "Holy Queen of Love". Support and practice polygamy. David Berg himself has at least 2 wives. Believing that a person can be badly influenced by the spirits of the dead. Delivering was sometimes used to drive out the evil spirits. They also communicate with the spirits of the dead. David Berg, the main official, often made false prophecies, for example about a big wave that hit Huttington Beach in 1969 (a type of tsunami). None of these prophecies happened. He even claims to be the last prophet.

Also called Eddysm. Founded by Mary Eddy in 1879 after Mary discovered the book "The Science of Metaphysical Healing". This school actually has no Christian roots at all. Mary only combines eastern mysticism (such as Hinduism) and pantheism (all objects are gods, whether concrete or abstract) to cure disease. Mary's thoughts are contained in the book Science and Health. Has its own holy book, Science and Health, which was written by Mary Eddy. According to Mary Eddy, she suddenly had a revelation to write the book.

Believing that a sick person must be assured that he is not sick, he will be well again, because illness is an illusion and is not really real.
There is no death, a person grows old and dies because that's the way it should be. This is taken from the fact that they believe that the whole world is an illusion.
Their God is not the One God as in the Bible. Everything is god and god is good. Therefore, there is no sin, disease or death because all are gods and gods are good. The world as a whole is fake - an illusion.

Claims that there is a cure from Christian Science. The method of healing is to deny the disease itself, eg “I am not sick. I don't have cancer. " This is not a prayer, but just talking out loud to yourself. In fact, Christian Science says that praying to One God is an obstacle. Believing that women can get pregnant because of the highest effort of their minds, men are not needed to bear offspring. Humans were not created out of dust and dirt as in Genesis 2, because things weren't real - therefore, Mary Eddy called Genesis 2 a "lie". Her followers believed Mary's words more than the Bible.

Jesus is not God. Jesus is the highest man-made concept of the Perfect Man, but does not need to be worshiped. Believe that Jesus was never tempted by Satan. Mary said, "Jesus was tempted by false beliefs in His mind." Jesus didn't die, because death didn't exist. Jesus only thought that He was dead. The blood of Jesus has no value, and because sin is an illusion, humans never make mistakes. Believe that Salvation is liberation from delusion and entry into Christian Science.

Those are 4 types of heresy in Christianity. These four schools have something in common, namely that they consider other Christian churches to be deviant (even though they are the ones who deviate) and often prophesy falsely.

To the younger generation of Christians, their faith is truly encouraged. It is also best to give a Catholic Bible study, so that you don't fall into these heretical sects. Often the younger generation who are not firm in their faith are attracted to enter into these streams, considering that there are streams that offer "easy" to go to heaven, and even promote free sex to attract new members.