The objective of the Reform Church 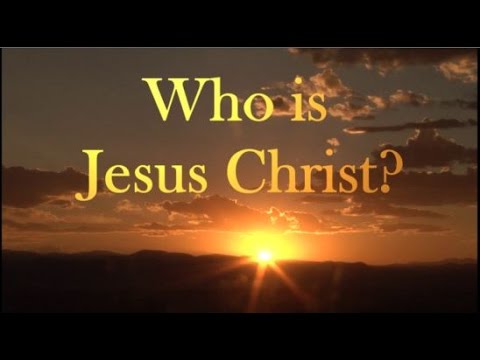 The situation before the understanding of church reform was the fall of the ancient Roman empire which caused Europe to be in chaos at that time. European society experienced a gloomy period at that time which was known as the dark age or age. At that time, social life in Europe was dominated by the largest Church in the world, which means that the church exerts influence from all aspects, from social aspects to cultural aspects in Europe, so that the church forgets its identity.

The church is more concerned with itself, such as gaining wider power or more abundant wealth and worse, they forget the interests of their congregations. At that time, the church began to collect large amounts of taxes, this gave abundant wealth to the church, but, unfortunately, the church was instead busy building luxurious churches in Vantik and spending the money they collected from the congregation. This has prompted activists to immediately carry out reforms and break away from Roman Catholicism and want to build their own state. There are also the characteristics of the dark ages as written above are:

The Origins of the Reformation of the Church

In 1520, Luther quit the church membership and built a new church. He asked the Emperor of Rome and the Prince of Germany to reform and stop being loyal to the Pope but, this was rejected by the church. But in fact, the Germans supported Luther's ideas. As a result, this situation heated up and Luther hid in Wartburg Castle and translated the New Testament Bible into German. After the creation of the printing press, Luther's ideas became widespread. Considering the number of people who were oppressed by the act of the church, it can be said that there were also many supporters of Luther's ideas. Luther's teaching also emphasized that the government also took responsibility so that the church did not forget its duties. There were several conflicts that occurred during the work on church reform, namely:

This very high and powerful position of the Pope caused him to deviate, especially in religious matters, so that there was a sense of disappointment from the people as a result of which there were efforts to correct this known as the history of church reform. As of now, it has been more than 500 years since the church reform movement was launched. There have been many churches that have learned and improved in various ways and it is not wrong for Martin Luther to be called the epitome of the reform movement. Luther was the first reformer who emphasized theological reforms that suppressed changes in religious teaching rather than moral and institutional aspects as did the previous reformers. Martin Luther thought that moral values ​​would be improved if the teachings of faith were properly taught. The existence of practice and moral life is very close to increasing human resources. Reformers such as John Calvin and Ulrich Zwingli thanked Martin Luther's ideas.

The earliest impact of this reform was in terms of social and political aspects in Europe so that it could give birth to absolute power in Europe. Small nationalist states sprang up and they did not need to have power centralized to the papacy in Rome. After 500 years of reformation, what spirit has the church inherited especially in the improvement of the quality of human resources? What should the church and members of the congregation do? Because basically there is no end in church reform. Reform will be carried out continuously in various aspects of church life. During his struggle, Martin Luther criticized many evils in the church, one of which was the corruption of indulgences and the papal system. Luther also attacked the teachings of substance, clerical celibacy, and demanded abolition the power of the Pope over Germany.

Causes of the Church Reformation

The renewal of the church is the renewal that occurs in the church. This appears because of the many deviant things that are happening in the Catholic Church. There are also factors that cause are:

Apart from Martin Luther, there was another figure who was no less important in church reform, namely John Calvin. He is a theologian from France. It had a role in spreading church reform outside Germany and Scandinavia. Calvin had a more radical thought, he thought that there would be a destiny for every human being. This human destiny is determined by God. He also teaches about the doctrines of secular asceticism, anti-sacraments, and monoasticism.
The Purpose of the Church Reform Movement

The goal of the church reform movement is to restore the function of Catholic teaching. In its development they founded Christianity. This development occurred very rapidly, especially in Germany, France and England. There are also characters:

There is also a counter-reform movement, a movement that opposes reform so that Catholicism does not become divided as a result of church reform. The characters are Roman Catholic devotees who do not want to be divided, namely Pope Pius V, King Philip II, Saint Ignatius of Loyola, and many more. And the goals are:

Since the occurrence of the religious war, 2 different religions have been recognized, namely Protestant Christianity and Catholic Christianity. The difference between these two religions lies in the structure of the church and some of its beliefs. It was because of religious wars and the participation of church reform that this religion was split into 2. Recalling what is church reform? Church reform is a historical process in which a group of people separated from the Catholic Church and declared themselves Protestant Christians. This event is also a continuation of the renaissance.

Renaissans have a principle to enjoy life and put human beings first in all aspects of life, whereas reformation has a principle that is contrary to the renaissance, namely humans are evil and depraved creatures so that humans need real Christian faith. Even though they have different principles, they both have something in common, namely that they both oppose the Catholic Church at that time which dominated in the Middle Ages.

One of the important elements in Luther's view was his firm belief in the priesthood of all believers. In 1 Peter 2: 9, Luther made this verse the basis for reforming. Luther's direction and purpose for reform was related to the potential values of believers. How God's people improve their existence before God and others. This is one of the values of harmony in an effort to improve the existence of church life