Examples of Sins in Christianity that You Need to Avoid 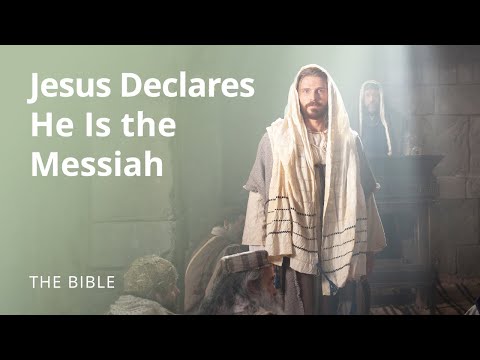 In our daily life, we are not far from things or actions called sin. Do you understand the meaning of sin according to the Bible before we discuss some examples of sin in Christianity further? If not, then I'll remind you again. Basically, sin is anything we do and it makes us farther from the Father. In other words, sin is our act of rejecting the Father's love for us. Doing more and more sins will make our relationship with the Father more tenuous. One way that we can do to restore a good relationship with the Father is to do a confession of sins or what is also known as the forgiveness of sins in Christianity. To help you know concretely about some examples of sins, so here I have some real examples that you can avoid in order to make our personality better.

Let's start the first example with what we do often. It is the worry we have about tomorrow. Whether it's worries about what food to eat tomorrow, how to get money to meet daily needs, and so on.

This concern does not only arise in adults but also in young people who, for example, are worried about their upcoming test scores. These various kinds of worries are a form of our doubts about the promises of the Lord Jesus for believers and the power of God. It is God the Father Himself who arranges everything for us and everything has been planned according to the right time and conditions. Just keep doing what you can to the best of your ability and leave the rest to God.

I feel, there are still many of us who do not know what it means to be grateful in the Bible. As a proof of fact, there are still many people who are too greedy in doing certain things for their own prosperity without caring about others. In fact, this type of person can also only worship God to help him get the things he wants.

Wanting to be the best and get the good things in life is not wrong. What's wrong is when your greed is so high that you just use your fellow human beings and even God to get what you want.

Another example of sin in Christianity is to worship idols. The meaning of idol worship in the Christian faith itself is not only limited to idol worship as was done by ancient people who worshiped the gods of baal. Idolatry in modern times is becoming more and more and is growing and all for the sake of fulfilling the desires of the flesh. An obvious example of idolatry in our time is the idolatry of money.

Not a few people who ultimately doubt the power or existence of God in their difficult conditions and lack of money for example. This leads them to try to worship money and make money the most important thing because they feel that money can buy everything.

In carrying out our daily lives, it is not uncommon that this life makes us disappointed. The disappointments we get also often come from those closest to us. Knowing this, of course, hurts and upsets us so much that we find it hard to forgive. And so maybe we need to read more about forgiveness in the Bible.

As weak and imperfect human beings we certainly make many mistakes, but if the Father is able to forgive us and accept us back even to the point of sacrificing His only begotten Son, why don't we try to do the same? It doesn't matter whether the person we forgive will keep repeating the same mistake or not, but at least we are slowly learning to become a better person. And believe that God will also get closer to you and pour out His blessings on you.

5. Deciding not to do the right thing

Sometimes, just for the sake of popularity, we prefer to do the wrong thing. A concrete example is preferring to steal parents' money to buy high-end goods that are not actually needed. However, for the sake of the demands of popularity you still do it regardless of the circumstances of your family. Another example is when there are two of your friends who are fighting and you prefer to be quiet and leave because you are afraid that the more dominant party will hate you in the future.

Some examples of sins in Christianity that I have described earlier are some examples of sins that we often commit in daily activities. In fact, not infrequently we often commit some of these sins. Read on for some articles about the meaning of penance and also the impact that sin can have during our lives to help change ourselves into a better person. I hope this article that I provide can help you to get closer to God and pay attention to your fellow human beings. God bless.