The Meaning of the Sacrament of the Eucharist in Catholic Life 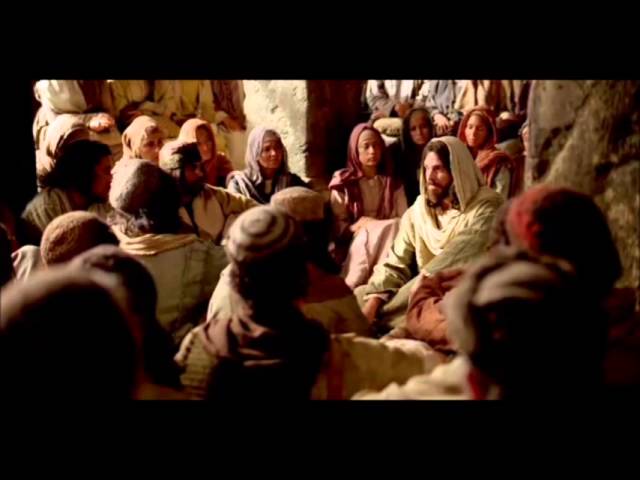 The Eucharist is one of the sacraments/rituals in Catholicism which is routinely performed every week during worship. The Eucharist is also considered the source and summit of all Christian life. The term Eucharist comes from the Greek word meaning to give thanks or to give thanks. Its implementation is identical with the presence of bread and wine. This is because of the meaning of the birth of Jesus Christ himself which asks His people to make bread and wine in remembrance of Him.

Because humans have sinned, they cannot unite with the Holy Triune God. However, the presence of Jesus broke the barrier with the events of His death and resurrection, so that He defeated the death that humans should have received. Now, with the celebration of the Eucharist, the congregation together remember the events of His redemption and unite in the body of Christ.

In Luke 22:19-20 it reads, “Then he took bread, gave thanks, broke it, and gave it to them, saying, 'This is my body which is given up for you; do this in remembrance of me.' He also made the cup after eating; He said: 'This cup is the new covenant by my blood, which is shed for you.'"

With the guidance of the above verse, Catholics believe that when Jesus said "This is my body and this is my blood," the bread and wine turned into His body and blood. Why is that so? Because Jesus has the power to change it. It's just that it's not physically that's changed. However, the wine and the bread are transformed into Himself which is given to us in the form of food and drink. That's why at the celebration of the Eucharist the priest will repeat the words of Jesus, and by faith they believe that the wine and bread are His body and blood. Because Jesus was crucified once and for all, the purpose of the Eucharist is that we get the fruits of the meaning of penance, namely salvation.

“Whoever eats my flesh and drinks my blood remains in me and I in him. Just as the living Father sent Me and I live by the Father, so also whoever eats Me will live through Me." (John 6:56-57)

This verse is the basis for Catholics regarding the meaning of the Eucharist, which is our union with Christ. They believe that Christ is present and that He Himself presided over the celebration of the Eucharist. Moreover, by eating His body and blood, and by the power of the Holy Spirit, we are united with both the humanity and the divinity of Christ. By being united to Christ, we will partake of His life and the meaning of the sacrament of the Eucharist will be changed into His likeness.

“Abide in Me and I in you. Just as a branch cannot grow from itself, so you cannot grow unless you abide in Me. I am the vine and you are the branches. Whoever abides in me will bear much fruit. For apart from me you can do nothing.” (John 15:4-5)

The word “abide” in the verse above is , ménō in Greek, which means the same as “abide” in John 6:56-57, which is when Jesus taught about Himself as the Bread of Life. Therefore, by eating His body and blood in the form of wine and bread, and by having the Holy Spirit within us, it means that Jesus is in us and we are in Him.

Being Unity with the Church and Forming One Body in Christ

In addition to being a reminder and uniting us with Christ, the meaning of the sacrament of the Eucharist is also the unity of the congregation in the Body of Christ. The Eucharist is a celebration where Jesus is the Host, and the celebration is attended by the congregation who gathers together and has the purpose of remembering His saving work. So, if it is celebrated alone, it will have a different meaning and no longer the eucharist. Therefore, although the eucharist is more of a relationship between humans, the Holy Spirit, and Christ, still, at first, Jesus taught the eucharist in the form of a gathering of people who believe in Him. Thus, the eucharist can be viewed as a celebration of the church community.

Thus some reviews of this article, many opinions about the meaning of bread and wine in the Eucharist or Holy Communion. Lutherans believe that the body and blood of Christ's character is manifest in the form of bread and wine.

Christ's presence is only in spiritual matters and not sacramentally. In fact, many people feel that the bread and wine are merely symbols. They thought that it was impossible for the bread and wine to really be the body and blood of Jesus. This is considered irrational. However, John 6:55-56 asserts, “For my flesh is true food and my blood is true drink. Whoever eats my flesh and drinks my blood abides in me and I in him.” So it is clear that the bread and wine are not merely symbols, but the Wine and Bread of Life, namely the blood and body of Jesus himself.